October 22, 2013  •  Leave a Comment
This weekend after we went to the pumpkin patch my wonderful sister-in-law Ruthie asked if I would snap a few photos of her little girl (my sweet niece!) Harper. We were getting ready to head out for a dinner so we didn't have long, but we made the most of it! Harper is one of the happiest little babies I have ever been around, as you can tell from the pumpkin patch pictures. By the time we took a few pictures at the house, she was kind of over it. I suggested taking a few in the grass, but Ruthie said Harper wasn't a huge fan of grass. So instead we threw down a quilt on top of the grass for a few pictures. Ruthie was right...Harper did NOT like the grass. It was like we had trapped her on this quilt! She would crawl to the edge, then paw at the grass with a look of disgust before crawling to another edge and pawing at the grass there. It was so funny! Because of the grass situation we had to work REALLY hard to get a smile...that is, until Ruthie picked her up. Ruthie wasn't planning on  being in any of the pictures, but once Harper started smiling I just started snapping and I'm so glad I did! My favorites were the last couple I took of Ruthie and Harper. So, so sweet. These pictures really show how much Harper adores her momma....I love it!

A few more pumpkin patch pictures of Harper that I didn't post before. 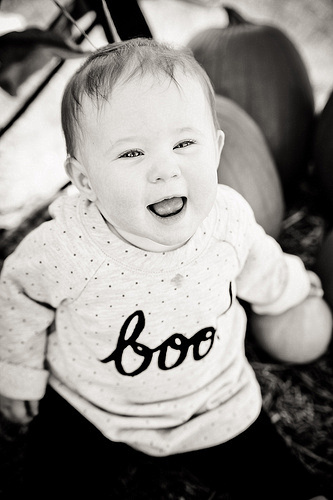 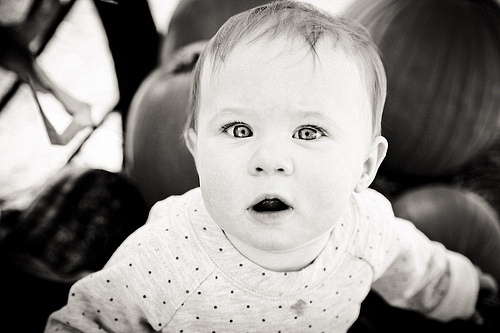 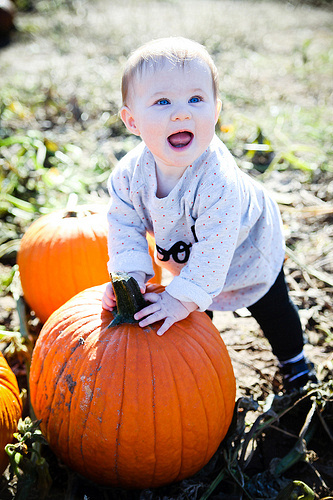 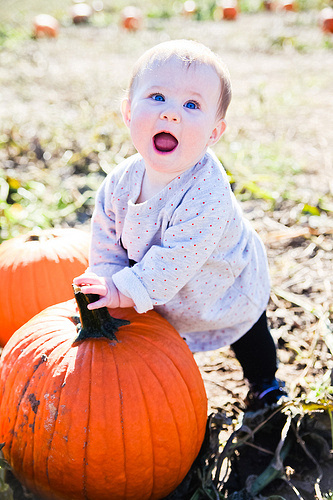 And now a few taken back at the house. 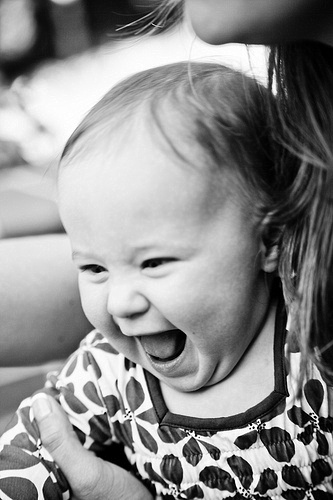 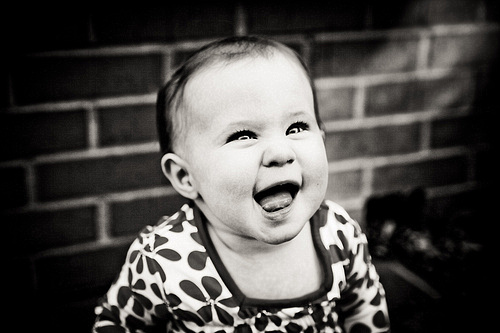 This next one was just a sweet accident. Ruthie was trying to get Harper to sit in the grass and I was just randomly clicking while I changed my settings since we changed directions. It isn't totally in focus, but considering I wasn't even looking through the view finder when I shot it, I'm ok with that...I still think it is pretty adorable. :) 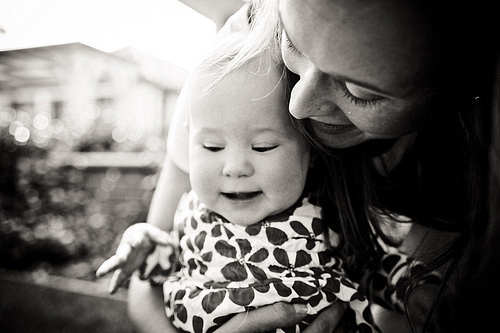 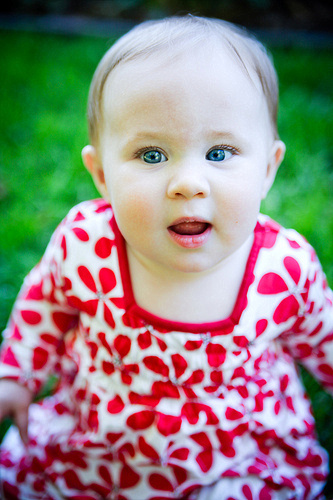 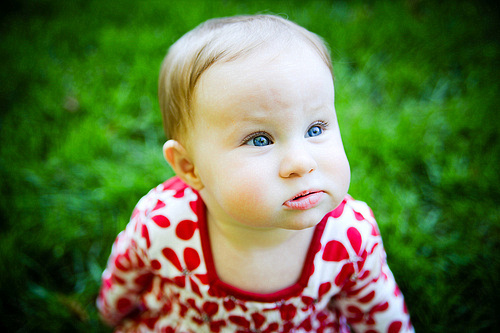 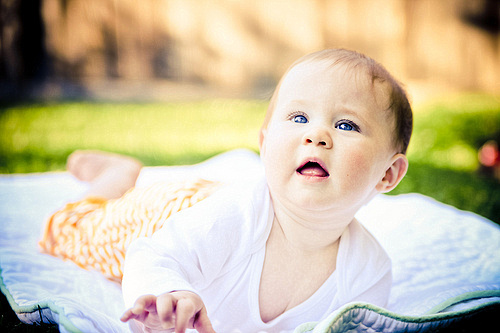 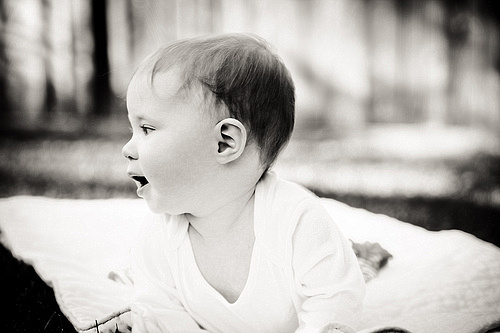 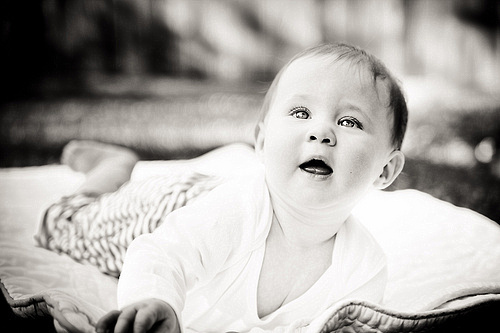 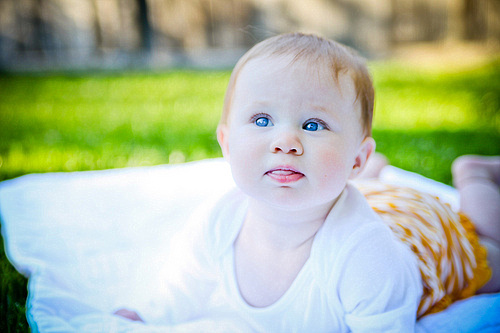 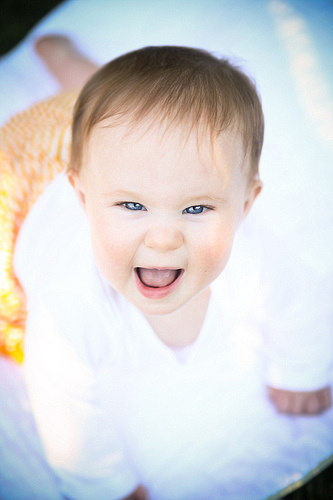 In an attempt to get Harper to smile more, Ruthie started tossing her up in the air. And that is when we got all these cute pictures. :) 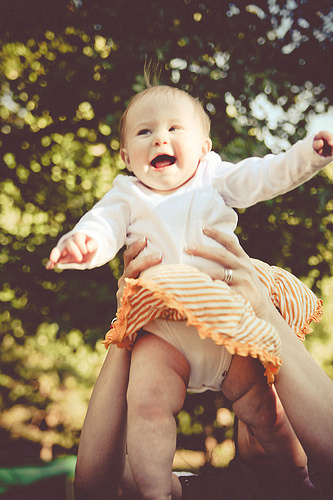 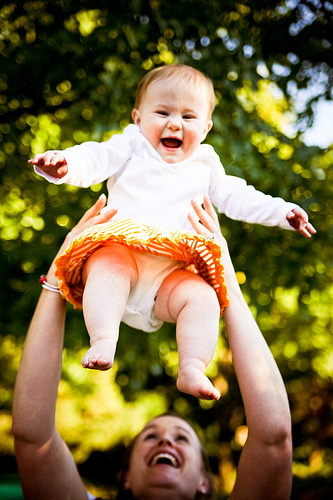 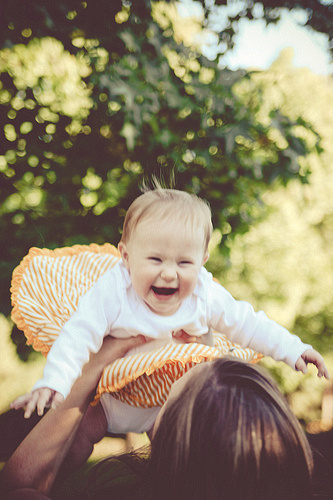 And my favorites from the whole "session" were these last couple ones I snapped after Ruthie said, "Ok, I think we got at least one that will work." Little did we know the best ones were yet to be taken! :) 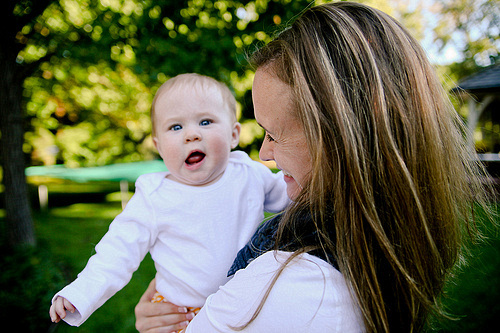 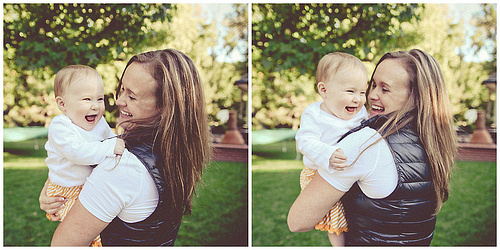